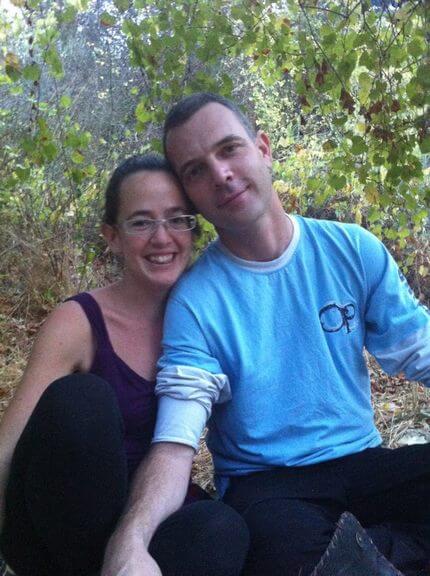 Grow Organic Spirulina is an online community of Spirulina growers, established by Ditsa Keren and Natan Gammer, independent researchers from Israel, in order to share and acquire knowledge and experience related to growing spirulina, and encourage new growers to get started.

Our research in focused on finding cost effective, bio available and energy efficient cultivation methods that can be used in multiple use case scenarios, and feeding methods that can qualify spirulina as organic.

After experimenting with various different methods of growing Spirulina, we finally managed to Figure out the perfect conditions for growing Spirulina at home, 100% organically!
We decided to share our knowledge and experience with the rest of the world so that everybody can enjoy good quality organic Spirulina.

Our eBook reveales precise measurements of the organic culture medium, which turns growing Spirulina at home into a very affordable hobby, even for impoverished communities and refugee camps!

If you're seeking for assistance with spirulina cultivation, whether indoors or outdoors, at small or large scale- drop us a line.

Find us on social networks

Professionally trained with a strong and wide business background and scientific passion, Natan had been through several different paths in life before finally developing his love for organic spirulina. Today, he serves as the CEO of Spirulina.network, a social corporation that thrives to promote the use of spirulina in food products, animal feed and agriculture.

In 2007, after leading a stressful daily routine and an unhealthy diet, Natan had to cope with numerous and sometimes contradicting medical observations, including chronic Migraines, Fibromyalgia, Lymphatic disorders, Intracranial hemorrhage, Arthritis and excess weight. At the age of 34, Natan’s Doctor had given him the formal announcement that within 2 years, he was due for a Liver transplantation, after which he would sit on a wheel chair for the rest of his life.

Striving for a healthy Future

Given the dramatic news, Natan decided to make a drastic change in his life and began to search for alternatives to the awful verdict he had been sentenced for. Among other things, he began to grow and consume Fresh Spirulina on a regular basis. Within a couple of years, Natan had lost 25 Kilos of excess weight, and significantly improved his health. Nowadays, he is devoted to promoting awareness to all the wonderful things that made him a new person, and primarily the growth of organic Spirulina.

Ditsa Keren is a freelance content writer and editor, also known as Web Content Wizard, and author of “Be the Medicine, A Guide to Growing Organic Spirulina At Home”. Formerly a resident of Peace Garden Adama, and mother of one 7 year old princess, she is a nature lover and an explorer with a strong passion for healthy living and super-foods.

How it all began

Ditsa first brought Spirulina into her home to help her beloved partner heal from his many illnesses. Pretty quickly she became fascinated about the wonderful organism that was growing on her windowsill and started coming up with innovative ideas that will enhance its growth. Most of all, she became passionate about promoting awareness to Spirulina and began telling about it to everyone she knew.

In between her regular work as a web content Wizard, and after profound research and constant experimentation, she released her first book, “Be the Medicine, A Guide to Growing Organic Spirulina at Home”. She also writes regularly on the various technical blogs and runs several discussion groups on whatsapp intended to assist spirulina growers globally.

How to Grow Organic Spirulina 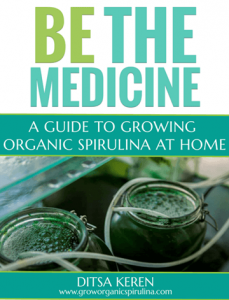