I am k.e.harish from andhra Pradesh, India.
During my university studies, I used to be out of home a lot, eating junk food and working around the clock almost every day.
At some point I started facing some health issues, such as excess mucus production. I began feeling very tired, especially during hot days. I went to consult with a cardiologist and took a series of tests, just to find out that triglycerides in my blood were very high.
High triglycerides are strongly linked with high cholesterol and cause some serious damage to the heart.

These were my blood test results in june 2016: 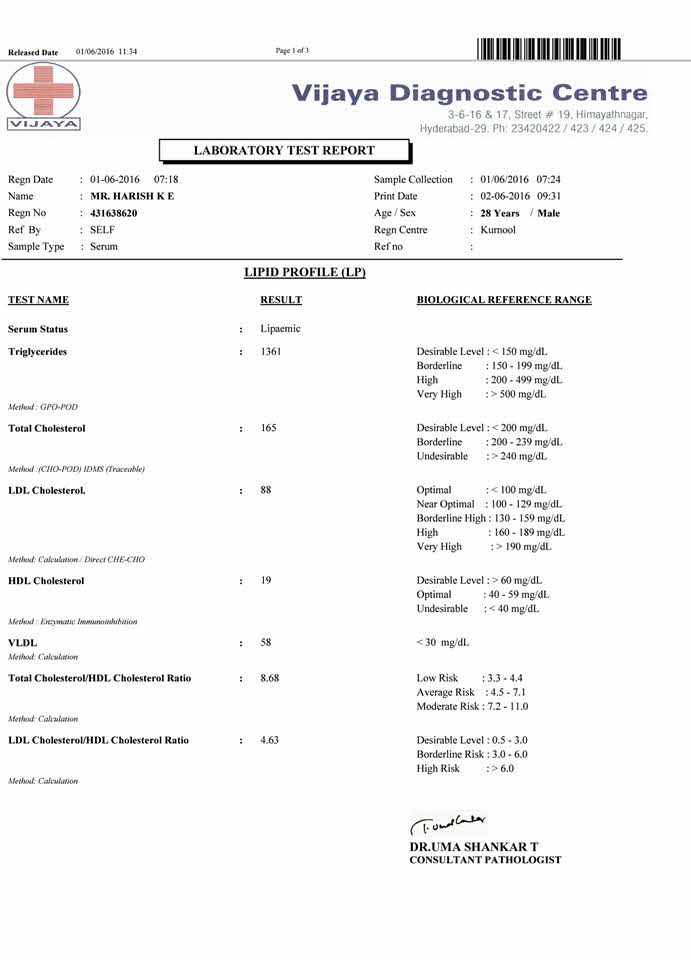 The doctor advised me to take atorvastatin, a chemical drug known for it’s dangerous side effects. I took it for about one month, but there was only a very minor difference in my blood test values, and virtually no difference in my well-being.

Just when I was on the brink of despair, I heard about spirulina from a friend who recommended it warmly. I started using it in relatively large quantities: 6 tablets of 300 mg each in the morning, and another 6 at night for 45 days.
To my astonishment my triglycerides were decreased by half(!), which usually takes 6-8 months on a high dosage of atorvastatin.

These were my blood test results in august, only 45 days later: 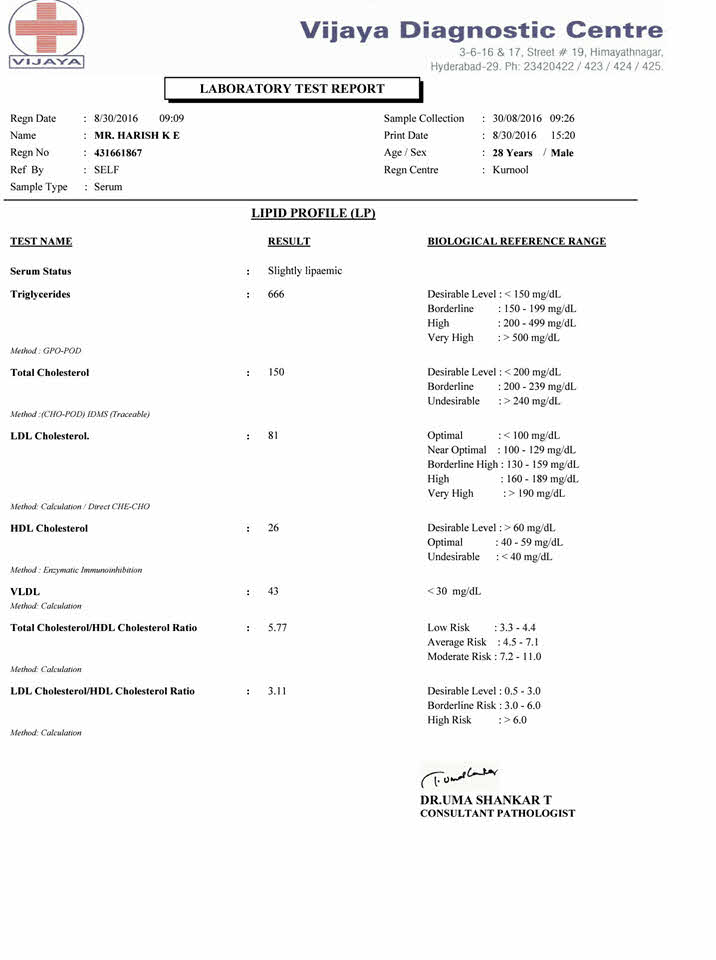 All I can say now is spirulina is a true gift of nature!! Thank you!! 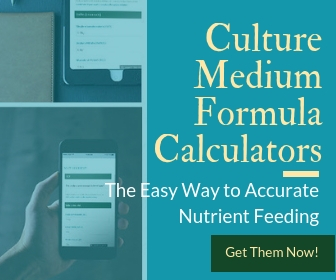 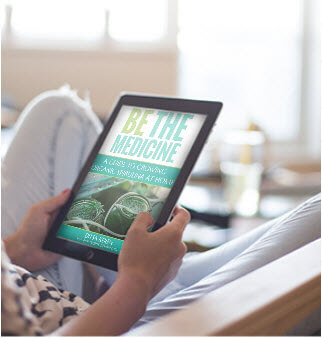